St. Agnes Academy-St. Dominic School is pleased to announce that Bethany Odom will join the faculty as the Director of Dominican-Catholic Identity for the Early Childhood and Lower School, and Deacon Rick Martin will serve in that role for the Upper School.

Gretchen Kirk, who has been the Director of Religious Education since 2006, will be retiring at the end of May.

“For the past 13 years Gretchen Kirk has been a true model of the Dominican Pillars on our campus,” said President Thomas Hood. “This position is instrumental in fostering the spiritual growth of our students, faculty and parents, so we have decided to hire a team to build on the work done by Mrs. Kirk. We know that Mrs. Odom and Deacon Martin will form a dynamic partnership as they work together to lead the spiritual life of our community.”

Mrs. Odom has taught Religion at St. Francis of Assisi Catholic School for almost 20 years, and most recently served as the school’s Religion Coordinator.  She has developed religion curriculum, as well as planned retreats and Liturgies, and coordinated service activities for the school.  The diocese recently honored Mrs. Odom with the Immaculate Heart of Mary Award for her work in Catholic education. She attended the University of Memphis where she earned a Bachelor of Science in Education. She and her husband Matt have three children, Emily, Thomas and Cecilia.

Deacon Martin has been teaching Theology to the St. Agnes Academy freshman class for almost four years. Additionally he has served as Retreat Coordinator for the Upper School, coordinated the Ring Ceremony and Baccalaureate Liturgies, and planned prayer services for the campus. Deacon Martin was ordained in 2016 and is currently assigned to the Cathedral of the Immaculate Conception.  He received his Diaconate studies certification at

St. Meinrad Seminary and School of Theology in Indiana and has a Bachelor of Arts in Economics from the University of North Carolina, Chapel Hill.  He and his wife Loretta have three children, Cameron, Henry and Sarah. 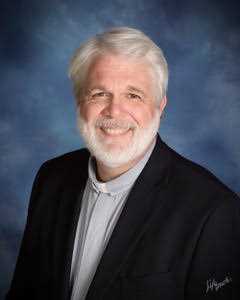